Situation: Tui Pranich flagship showroom opened in Dania, Florida. In 1992 he opened a second showroom in Chicago at the Merchandise Mart. The showroom represented sixty-two lines of furniture, textiles, lighting and accessories, but was never profitable. I began working with Pranich in 1998 as the Regional Sales Manager.  The showroom since opening had never been near profitable.

When I started, they were already thinking about cutting down the space.  Although this would lower the cost, I knew this  would not be the answer.  And certainly taking on more lines was never the answer.  It just stretched an already stressed sales person, who worked hard with little compensation, to work more with very questionable results.

Results: The showroom became profitable for the first time since its opening within 6 months and sales grew by $5.5 million dollars in two years.

Strategy: I quickly realized that sales people could not effectively sell 62 lines and it could never lead to a profitable showroom. Too much time was spent on customer service and follow up with low sales results. I knew from previous experience with a showroom, which had far fewer lines, how I could make this showroom profitable.

I did an assessment on lines gave us the most “bang for the buck”  This resulted in a cohesive “push” with lines such as Conrad Shades which increased sales for them by a whopping 130% in 2 years.

Spending more time on selling lines that we could more easily sell was the way to profitability.When you have that many lines to balance, something has to give. I choose for it not to be the health of the showroom. This also led to motivated sales people (no turnover in the years I was there) making commission checks (which previously they had never received), satisfied clients, far fewer problems and allowed sales people to be accessible to clients in showroom rather than being on the phone handling customer service issues.

I also realized sales people needed to focus on selling, not just producing busy work.  They were spending much too much time on designers who just had them doing more busy work, not selling.  So I began a sales training plan to sharpen their skills and have them focus on the most important part of their job, SELLING.  Getting more qualified projects in the pipeline that will produce SALES!.

It also allowed vendor companies to better understand what was needed and they were responsible, in large part, to the low sales by not having the proper infra-structure and tools to be pro-actively selling.

As a 14 year veteran of Tui Pranich, I had the opportunity to work with mangers that proceeded and followed Deborah. To her credit, she was instrumental in bringing the showroom from a deep slump to profitability.”. She did this while developing strong public relations and training the staff to be true sales people versus order takers. Her work ethics, knowledge and track record are remarkable.

Download your copy of Deborah Flate
“Breaking Through the Sales Ceiling” 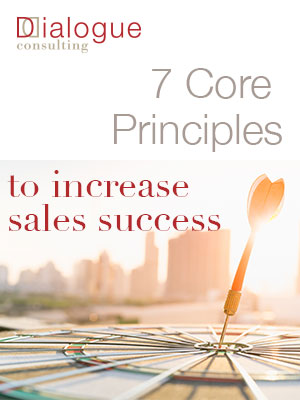